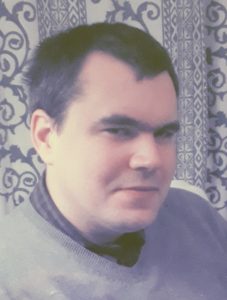 The family of a man who died on the A14 over the weekend has paid tribute to him.

George Collins, 38 years from Bury St Edmunds, sadly died in a road traffic collision on the A14 at Woolpit.

Police were called at just after 5.00am on Saturday 10 August, to reports of a collision on the A14 westbound at Woolpit involving a pedestrian and several vehicles.

His family  said “Our beloved son, George, died on the A14, in the morning of 10 August. After many troubled years, suffering from mental illness, he is now peaceful, at last. We should like to express our thanks to the emergency services for all they did and our sorrow for the trauma caused to anyone who became involved.”