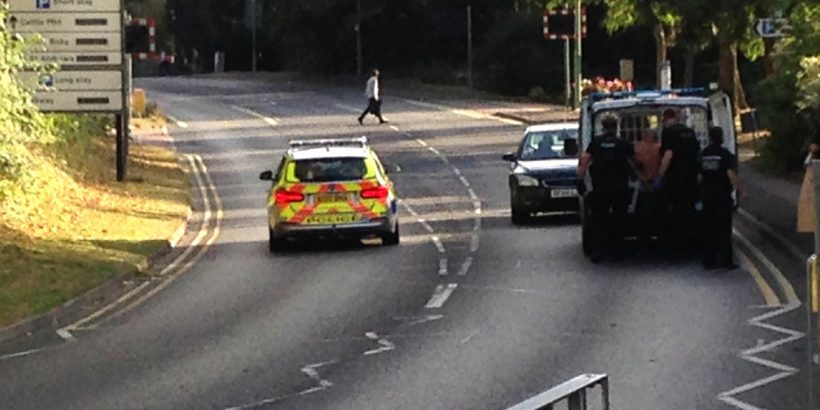 A man who was allegedly seen at a Bury St Edmunds shopping precinct with a weapon has been released under investigation.

Armed Police were called to Bury ST Edmunds at 4.15pm Thursday 29 August, to reports that a man was believed to be in possession of a weapon outside the Hardwick Shopping Centre.

The man was then observed to walk off, and officers – including armed police and a dog unit – were dispatched to the area to locate him.

Speaking on social media one witness said that she over heard arresting officers asking the man where the nunchucks are that he was seen with.

Officers  arrested a 27-year-old man in Tayfen Road at around 5.25pm, on suspicion of possession of an offensive weapon.

He was taken to Bury St Edmunds Police Investigation Centre where he currently remains for questioning.

No weapons were recovered as a result of police searches.