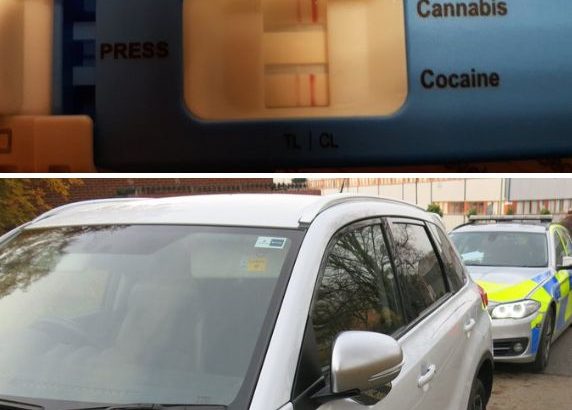 Police have arrested two people after a car failed to stop for them in Bury St Edmunds yesterday (Tuesday 19th November.

The white Suzuki failed to stop for officers on Tuesday afternoon. Once the vehicle was stopped the two occupants were arrested on suspicion of theft of the vehicle.

The driver was found to be under the influence of cannabis and cocaine and He also was found to have no licence or insurance.

This vehicle failed to stop for Police in #BuryStEdmunds this afternoon. The two occupants have been #arrested on suspicion of Theft of the vehicle. The driver provided a positive @DrugWipeUK for Cannabis & Cocaine. He also had no licence or insurance #1852 #1511 pic.twitter.com/7vBRPOs1VP