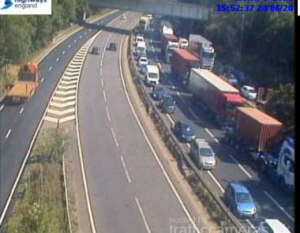 The A14 at Bury St Edmunds was briefly closed to traffic after Police were called to an incident where a “firearm” was reportedly seen by a member of the public.

Police were called at just after 3:10pm, 24th June, after a report of vehicle being ‘driven at speed’ – the motorist reported seeing a ‘firearm’ of some description in the lap of an occupant of the vehicle.

Police attended and made a stop and searched of the vehicle and occupants. Traffic held between junction 42 and 43 whilst the search was carried out.