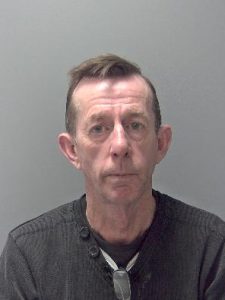 A 61-year-old man has been sentenced to 12 years imprisonment after being convicted of 11 charges for the sexual assault of a child.

Robin Croft of Marigold Drive, Red Lodge had been convicted after his trial at Ipswich Crown Court in December 2019. Appearing before the same court on 8 January 2020, Croft was jailed for 12 years. He was ordered to sign the sex offenders’ registry indefinitely.

Croft had been charged with 13 child sexual offences in total.

Speaking after the sentencing, Detective Constable Bev Culloden said: “These were horrific offences against a young vulnerable boy who was groomed and sexually assaulted by Croft.

“He abused his trust to carry out these multiple offences and no child should be subjected to such abuse.

“I would also like to pay tribute to the victim who had the courage to come forward and his family for their help in supporting the investigation and hope that the court result will bring some kind of closure and allow them to move forward positively in their lives.”