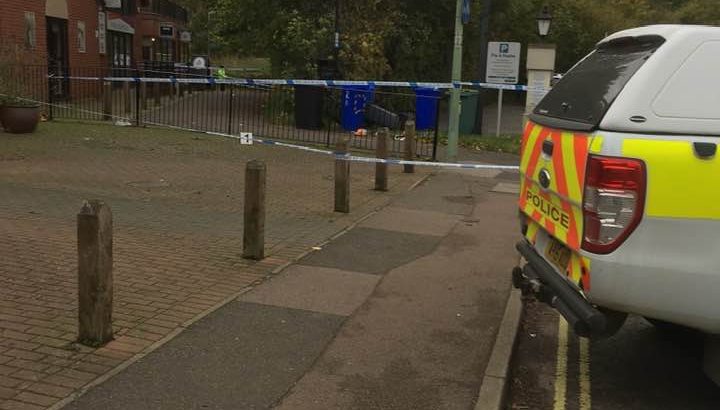 Police investigating a stabbing in Bury St Edmunds yesterday, Friday 25 October, have made an arrest.

Officers were called shortly after 11.35pm following reports that a man, aged his 20s, had been stabbed during an altercation with a group of four or five males in the car park outside The Moreton Hall pub in Lawson Place.

The victim was taken by ambulance to hospital after sustaining life-threatening injuries.

A 29-year-old man was arrested in connection with the incident a short time later and was taken to Bury St Edmunds Police Investigation Centre where he will be questioned.

A cordon remains in place within the car park while officers carry out enquiries.

Police do not believe this to be a random attack and are treating it as a targeted incident at this time.

Anyone who witnessed any suspicious activity or has knowledge of the incident should contact Suffolk police, quoting crime reference 37/64977/19

Crimestoppers – Contact the independent charity Crimestoppers 100% anonymously on 0800 555 111, or via their online form: www.crimestoppers-uk.org