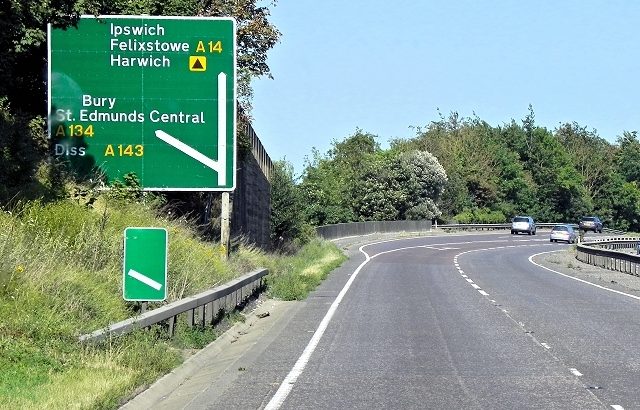 Police can confirm that a man has died following a fatal road traffic collision on the A14 at Bury St Edmunds last night.

Officers were called at just after 8:15pm yesterday, Wednesday 15 January to reports of a road traffic collision involving a green Scania lorry with two trailers and a male pedestrian on the westbound carriageway of the A14 between junctions 44 and 43.

The pedestrian, a man in his 50s, sadly died at the scene. The man’s next of kin have been informed.

The road was closed for several hours to allow an investigation into the circumstances of the collision to get underway but re-opened at 2:30am today.

Anyone who witnessed the incident or who has relevant dash-cam footage is asked to contact police quoting CAD number 401 of 15 January.