A collection of letters and names of those who sent them have been published by the Suffolk Archives. 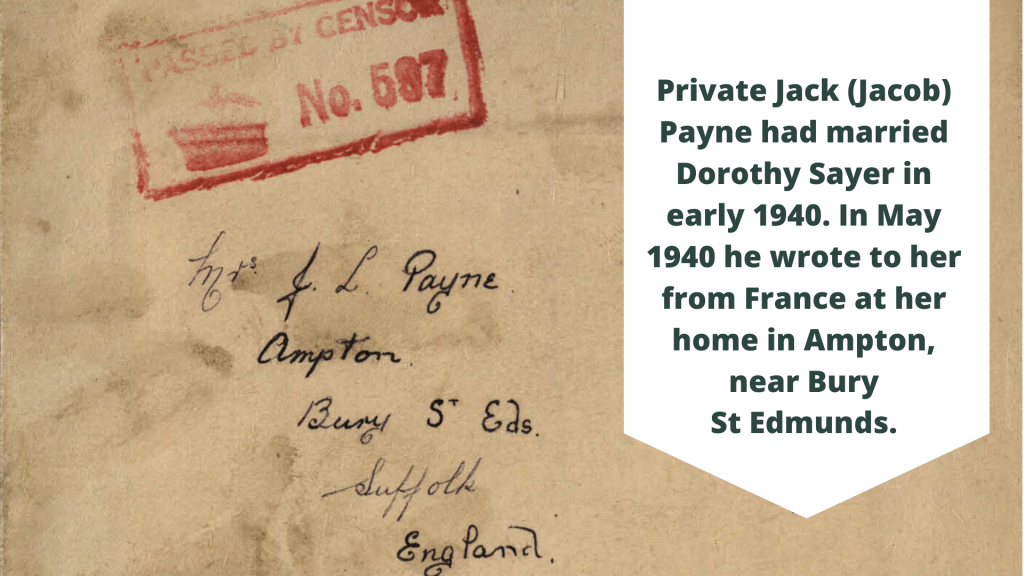 The story of the letters, entitled “With love from Dunkirk”, has now been published by the Suffolk Archives with a list of names of those who sent and who were meant to receive the letters. 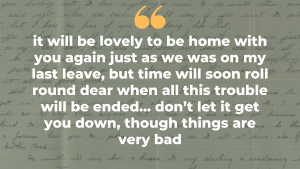 Among them is one from Private Jack Payne was serving in France during the Second World War as part of the 1st Suffolk Regiment. The letter was written as the British Army prepared for the evacuation at Dunkirk at the end of May 1940.

He wrote to his wife Dorothy, who lived in Ampton near Bury St Edmunds and who he only married a few months earlier.

Jack was sadly killed during the evacuation just days after he wrote the letter.

The letter – along with many others, including those addressed to family in Elmswell and Higham, disappeared when they were discovered by a German Officer.

He took them home and they remained in his attic until 1968 when he took them to The British Embassy in Bonn in the then West Germany.

The Suffolk Regiment tried to deliver them to the people they had been intended for at the time, but most people could not be found at the addresses on the original envelopes.

You can find a list of names and details on how to request copies or view the documents at: https://www.suffolkarchives.co.uk/displays-online/with-love-from-dunkirk 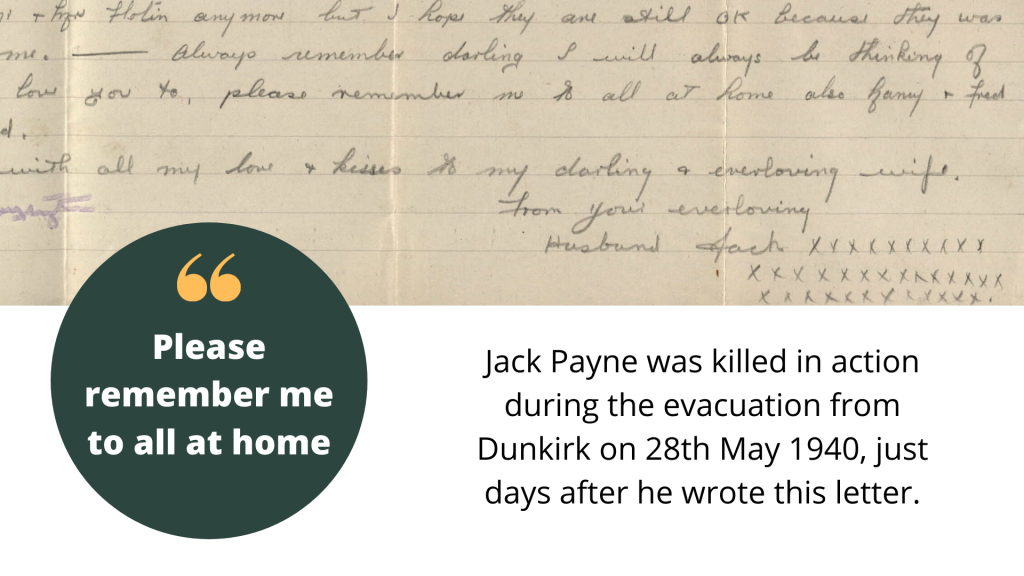