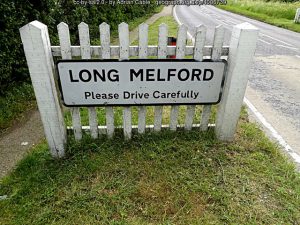 Police investigating a ram-raid in Long Melford last year have arrested a man in connection with the incident.

The crime occurred at around 1.50am on Sunday 12 November at the Co-op in Hall Street.

A JCB telehandler, which had been taken from a building site in Sudbury, was used to remove the cash machine from the wall and it was then loaded into a Ford Ranger – also stolen from a premises in Sudbury.

The offenders made off in the Ford Ranger and also a Volkswagen Golf, with the JCB abandoned at the scene. Both vehicles and the ATM were later recovered in the Ridgewell area of north Essex.

A 24-year-old man from the Dunstable area of Bedfordshire has been arrested on suspicion of burglary in connection with this incident. He was taken to Luton Police Station for interview and has been released under investigation pending further enquiries.

Anyone with information about this crime is asked to contact Bury St Edmunds CID on 101 quoting reference 72904/17, or Crimestoppers anonymously on 0800 555 111.