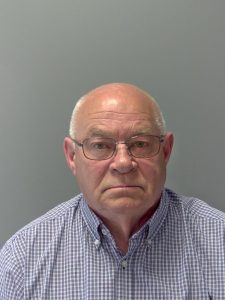 A 69-year-old lorry driver has been sentenced to over four years in jail following the death of a woman driver in a fatal road collision on the A12 at Washbrook.

Hogg pleaded guilty to causing death by dangerous driving after a fatal road traffic collision on the A12 in which a woman died.

Officers were called at around 12:40pm on Friday 20 April 2018 to reports of a six vehicle collision on the northbound carriageway of the A12 at Washbrook, just prior to the Copdock Mill interchange.

Four cars including a red Mazda 6, a black Vauxhall Zafira, a black Toyota Hilux and a blue BMW 320 were involved in the incident as well as two Volvo lorries one of which was driven by Hogg.

Traffic was queuing on the northbound carriageway of the A12 near to Washbrook, prior to the Copdock Mill interchange.

The driver of the Mazda, Mandy Snowling aged 43 from Ipswich, sadly died at the scene.

Occupants of some of the other vehicles sustained minor injuries.

Police launched an investigation into the circumstances of the collision. Following examination and analysis of Hogg’s phone it was found that it was in almost continuous use for more than 20 minutes prior to the collision. In addition an outgoing call was made seconds before impact which required the number to be manually selected or dialled. There was no evidence found that Hogg had applied the brakes of his HGV or took evasive action just prior to the collision.

Following the police investigation Raymond Hogg was summonsed to appear at Ipswich Magistrates Court on 13 August 2019 where he was charged with causing death by dangerous driving.

Sergeant Scott Lee-Amies from the Serious Collision Investigation Team said;  “It is astonishing that somebody who drives for a living would behave so recklessly behind the wheel. Using a mobile phone whilst driving is one of the ‘fatal four’ factors that lead to serious collisions on our roads. I would urge all drivers to stop and think about the consequences of their actions.

“I would also like to thank Mandy Snowling’s family for their patience and support during the investigation and I hope that the conclusion of this tragic case will provide some measure of closure.”