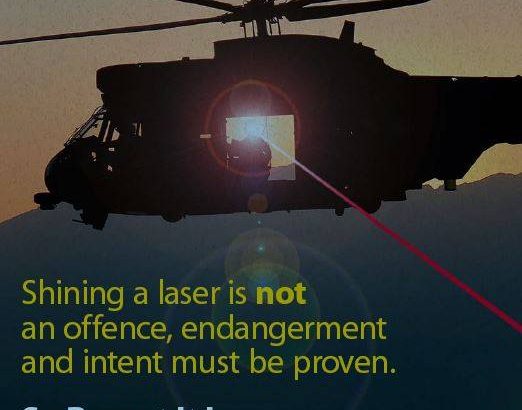 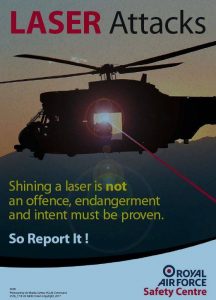 Officials from RAF Honington are issuing a warning after a laser was shone at a air craft on a night flight in what the RAF is calling a significant flight safety incident.

On Wednesday 11 September a laser was shone from the ground south east of the airfield  in the vicinity of Ixworth.

RAF Honington say that Such laser light can cause a hazard to the safety of the aircraft and crew not only as a distraction but also potential to cause flash blindness. Given that the aircraft was flying at night and at low level then this raised the risk level.

The incident has been reported to the Civil Police and the base is keen to get the message out of the danger that lasering an aircraft presents even if accidental.