A Bury St Edmunds community has been left in shock after an attack on two teenage girls.

Police received a report of an assault on two teenage girls that was took place at about 9.15pm on 1st June on St Olaves Road on the Howard Estate.

They were approached by a group of other teenage girls who were verbally abusive and assaulted the pair.
The two victims sustained black eyes and swelling.

Speaking on local Facebook group The Howard Estate Community page residents expressed their shock and anger at the attack. 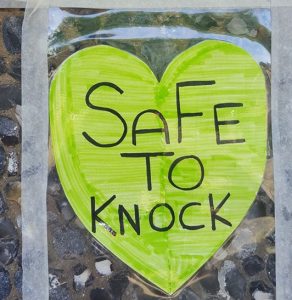 The incident has prompted some people into setting up a safe to knock scheme on the estate, where anyone feeling threatened knows they can knock on the door of homes with a green heart in the window.

Police say that enquiries are ongoing and anyone who knows who was responsible should contact Bury St Edmunds police, quoting crime reference 37/30097/20