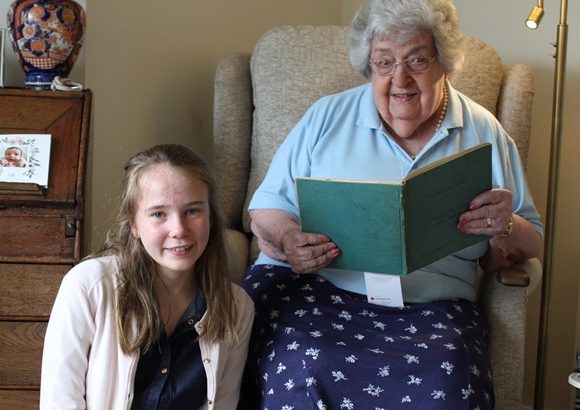 One hundred years of women serving in the Armed Forces will be celebrated in Bury St Edmunds town centre at the end of the month.

A pop up museum showcasing stories and memorabilia from local veterans, serving officers and non-commissioned officers will be held on Bury St Edmunds market and inside Moyse’s Hall Museum for Armed Forces Day on 29 June.

Among the stories told is that of 101-year-old Eleanor (Beanie) Wadsworth from Bury St Edmunds who flew Hurricanes and Spitfires in World War Two as they were transported from manufacturers to airfields.

Visitors will be able to join in the celebrations between 10am and 3pm and enjoy music, tea and cake while the Women’s Royal Army Corps Association will be collecting to support women who have served in the forces.

The celebration has been put together by community artist and teacher Lou Gridley and students at St Benedict’s Catholic School in Bury, working closely with West Suffolk Council, its staff at Moyse’s Hall Museum and the Bury market traders. The Suffolk Regimental Museum, The Royal British Legion and The Guildhall which is home to the only surviving Royal Observer Corps WWII operations room in the country, will all be taking part in the special event.

Lou Gridley said: “It is so important that the younger generation get to meet the older members of our society and hear their stories and life experiences. Learning the lessons of the past will help the next generation to build a better future for all”.

Cllr Peter Stevens, Cabinet Member responsible for the market’s said: “Our markets are a part of the social fabric of the community in and around Bury St Edmunds and have been for hundreds of years. Bury St Edmunds also has long and distinguished links to the Armed Forces. So I am delighted that our market and museum service has been able to work alongside Lou Gridley, the students and our other partners to put on this community celebration to honour all of the women who have served in the Armed Forces this last 100 years, and to show our support to Armed Forces Day.”

Else where the Guildhall is celebrating it’s role in WW2 with an event showcasing the only surviving Royal Observer Corps Centre in the country which was set up in 1938 and relayed vital messages to RAF crews at local air bases.