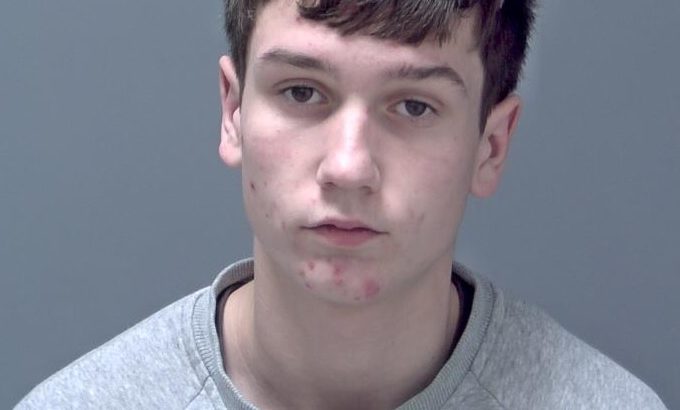 A 17-year-old boy, who was convicted of murder following a fatal stabbing in Ipswich at the end of last year, has been jailed for life.

Daniel Saunders, aged 32 and originally from Surrey, was attacked in Turin Street on Sunday 16 December and died at the scene of the incident.

Kieran Hayward, of Hasted Close, Bury St Edmunds, appeared at Ipswich Crown Court today, Monday 7 October, where he was sentenced to life imprisonment with a minimum term of 19 years.

Hayward had previously been found guilty of murder by a unanimous verdict at the crown court on Wednesday 21 August, following a six-week trial. He was also sentenced to 12-months detention and training to run concurrently, for possession of a bladed article on 20 December 2018.

Five other people were also convicted on 21 August in relation to the attack, with the jury finding them guilty for the offence of assisting an offender.

Four of them have been sentenced today as follows:

–       Arjun Jadeja, aged 18, of The Nook, Wivenhoe. Sentenced to 30 months’ detention in a Young Offender Institution.

A 16-year-old boy from Bury St Edmunds (who cannot be named for legal reasons), who was also convicted of assisting an offender, will be sentenced on Friday 25 October.

Daniel Saunders was stabbed by Kieran Hayward in an alleyway behind houses in Turin Street, at around 1.50pm on Sunday 16 December 2018. He managed to run out of the alleyway into Kenyon Street, where he then collapsed before members of the public came to his aid and called an ambulance.

Daniel died in the street where he collapsed and the post mortem examination concluded that he had sustained a single stab wound to the abdomen by a blade approximately one foot in length. He suffered catastrophic blood loss as a result of the massive internal damage he sustained.

A murder inquiry was launched by the Joint Norfolk and Suffolk Major Investigation Team and detectives immediately began to uncover the circumstances leading-up to the attack on Daniel.

Kieran Hayward was a runner for a Class A drugs supply organisation calling themselves ‘Rico and Frank’. On the weekend that Daniel Saunders was murdered, Hayward and Benjamin Gosbell were dealing drugs from the flat of a vulnerable man in the Wherstead Road area of Ipswich.

On the afternoon of Sunday 16 December, Hayward was out on the streets selling drugs in the Wherstead Road area. Daniel Saunders was also in the same area accompanied by a friend. They saw

Hayward and recognised him as a drug dealer and they followed him into the alleyway behind Turin Street where he was selling drugs to other users.

Daniel Saunders bought some drugs from Hayward, at which point his friend – who was then walking back out of the alleyway – heard Daniel cry out and the saw him running away with blood pouring from his stomach and Hayward holding a large knife. Daniel’s friend attested that Hayward then ran towards him and so he ran away fearing for his own life.

The police investigation that followed found that after the attack on Daniel Saunders, Kieran Hayward returned to the flat they were operating from and Gosbell called a taxi to take them to the Premier Inn in Colchester, where they met up with Jadeja, Elliott and the 16-year-old boy from Bury St Edmunds.

They had been using a room at the Premier Inn as a temporary base for the ‘Rico and Frank’ operation and whilst there Gosbell, Jadeja, Elliott and the 16-year-old assisted Hayward to dispose of his clothing and commence a clean-up operation in the room.

Olusola Durojaiye acted as a driver for the group and his people carrier was captured on CCTV arriving at the Premier Inn at 6.20pm the same day, where he picked up Hayward and the 16-year-old from Bury St Edmunds.

Durojaiye then drove them to a caravan owned by Jadeja’s family, which was located at a holiday park in St Osyth. Here they met Gosbell, Jadeja and Elliott, who had left the Premier Inn in a taxi at around 3pm.

Detectives had traced the group to the caravan park within a matter of days and Hayward, Jadeja, Elliott and the 16-year-old were arrested on Thursday 20 December. The arrests of Gosbell and Durojaiye followed on 25 January and 29 January respectively, both taking place in Colchester.

The investigation also found that on Saturday 15 December – the day prior to the attack on Daniel Saunders – Durojaiye had driven Hayward, Gosbell, Jadeja and Elliott to Southend, where Durojaiye assisted them in buying two machetes after they were initially refused for being too young.
Officers conducted a vast number of enquires to piece together the events of the days preceding Daniel’s murder and the days immediately afterwards, culminating in the arrests in St Osyth.

This involved reviewing hours of CCTV footage, including in the area around Turin Street, the Premier Inn at Colchester and also the group attending the shop in Southend where the machetes were purchased.

Once this evidence was combined with analysis of mobile phones used by the suspects, tracking of the vehicles they had travelled in – including both Durojaiye’s car and taxis they used, the seizure of weapons and other evidence found at the various locations they had stayed at, all on top of witness testimony, a solid and ultimately proven case was built against them.

Detective Chief Inspector Caroline Millar, the Senior Investigating Officer, said: “The sentences handed down today reflect the severity of the crime and I hope will allow Daniel Saunders’ family to now begin the slow process of moving forward with their lives.

“This was a fast-moving investigation from the very beginning and due to the hard work of all the officers and staff involved, we were very quickly able to identify Kieran Hayward as the prime suspect for the murder, along with a number of his associates, culminating in the arrests of Hayward and three of the others just four days after the attack.

“Everyone involved with investigating this case worked extremely hard to enable us to gather all the evidence, make further arrests, bring charges and be ready to go to trial all in the space of sixth months, which was no easy task.

“Daniel’s murder was an act of extreme violence and has once again demonstrated how dangerous the world of drug-dealing is and which has seemingly become more violent since the advent of county lines.

“Suffolk Police continues to do all it can to tackle the evil world of drugs supply and the associated knife crime that often goes with it, as too many families are being left to pick up the pieces of the devastation it causes. Alongside taking the enforcement action, we are committed to working with partner agencies on preventing people from becoming involved with drugs – whether as a user or runner.

“If you believe someone you know may be getting drawn into this world there is help available from a number of support agencies, the details of which can be found on the Suffolk Police website, as well as that of Suffolk County Council and local authorities.”

Below is a list of some of the agencies who can offer support and advice: